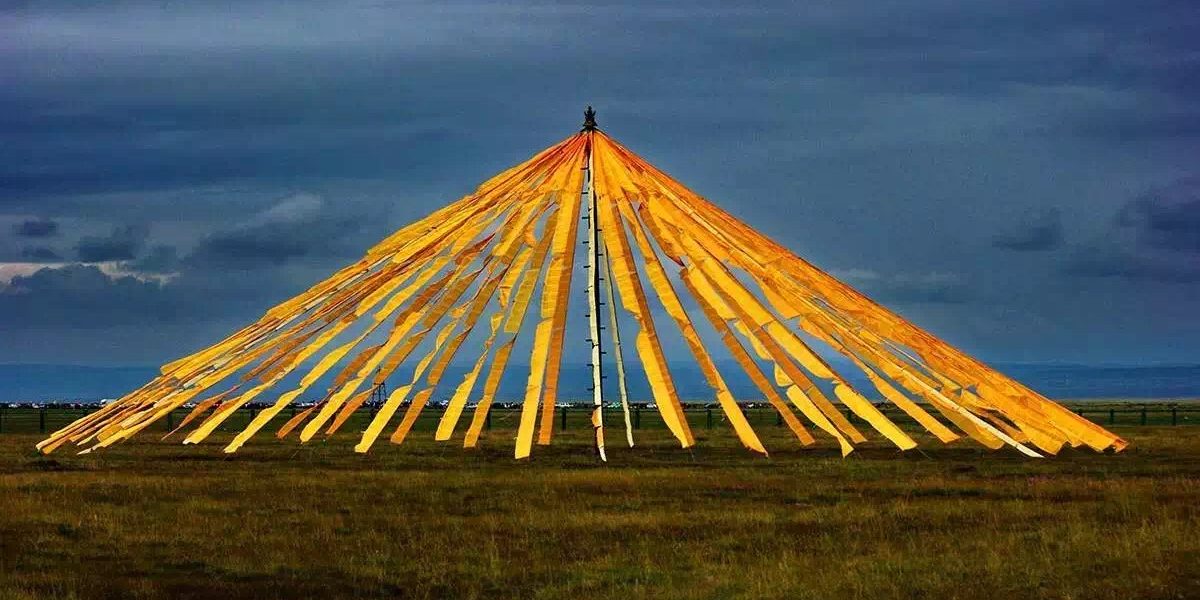 Kumbum Monastery is one of the six greatest Gelukpa School, which was built in 1560. Qinghai Lake is the biggest salty lake in Tibet, with an area of 4,500 square kilometers and an altitude of 3,194m high above sea level.

It’s famous Island known as "the heaven of the birds" around Qinghai Lake, cross rolling grassland to Golmud, which is a civilization center where Tibetan culture and Mongolian culture each other, Golmud is also the second largest city in Qinghai province. On the way there is high chance to see wild animals on the vast wilderness and Changthang grassland on the Tibet-Qinghai-Plateau along the road in the foot of the Kunlun-mountain and go on upwards by steep valley to cross over the 4.837- meter-high Kunlun Pass. Visit the holiest and most beautiful Namtso Lake before heading to Lhasa in Tibet and enjoy your time in the historical city of Lhasa to discover Tibetans life.

In the morning drive to in Huangzhong County and also one of the six grand monasteries in Tibet. Then cross over Sun-and-Moon Mountain. The Sun-and-Moon mountain has always been a distinguish line between meadow and agriculture area. After that make a short trekking by the Koko Nor lake, the biggest salty lake in Tibet, with an area of 4,500 square kilometers and an altitude of 3,194m high above sea level.

In the morning drive to Dulan along the Koko Nor Lake, in addition a small island known as "the heaven of the birds" lies in the lake. After an approx. 200 km long driving make a short stopover by the Tsaka salty lake where even the wind should be salty. Spend the night in Dulan.

Drive through the Tsaidam basin, among which most part is desert with some oasis dotted in. There is very high chance to see wild animals along the way to Golmud. Late in the afternoon arrive in Golmud, which is a civilazation center where Tibetan culture and Mongolian culture melt each other. Spend the night in Golmud.

Drive through the vast wilderness and Changthang grassland on the Tibet-Qinghai-Plateau along the road in the foot of the Kunlun-mountain and go on upwards by steep valley to cross over the 4.837- meter-high Kunlun Pass. Afterwards pass by the First Bridge over the Yangtse River and arrive in Tuotuo River, which is first town in the head stream of the Yangtse River. Spend the night in Tuotuo River.

Cross southwards over the Kunlun mountain. Which is a vast grassland of Changthang. On the way you will see different animals along the way, the eagles, Tibetan antelope, wild yaks, Snow Mountains, tents of Tibetan nomads everywhere altogether form up a harmonious unity and allow the spirit and soul of people to relax.

Early in the morning we will drive to Heavenly Lake Namtso via Damshong grassland. Namtso Lake is approximately 240km northwest of Lhasa and is known as the highest saltwater lake in Tibet and one of Tibet most beautiful natural sights. It is surrounded by the incredible snow capped mountains of Nyenchen Tanglha range with peaks over 7000m above sea level. At Namtso Lake, take a walk beside the and follow local pilgrims to take the short Kora to Tashi Do, this will take about 1 hour and on the way there are lots of small meditation retreats. Afterward, we will taste some local Nomad yogurt and then we continue drive to Lhasa.

In the morning, visit the Potala Palace, the greatest wonder of Tibet architecture. The basic part of the Potala was built in the mid-7th century by the famous Tibet on King-Songtsen Gampo. Potala Palace is 130m-high and 13 stories high, and it commands a view of all Lhasa. The Potala has been residence of the Dalai Lama Lineage for more than a hundred years. After lunch, you can also visit the Jokhang Temple, known in Tibet as the Tsuglhakhang, it is the most important temple in Tibet. Every year there are thousands of pilgrims who come to Lhasa from every corner of the Tibet on plateau to visit the Jokhang temple. This temple arininates from 7th century, King Songtsen Gampo. The Jokhang temple is more than 1300years old. On the roof of the Temple, there is a wonderful view of Potala Palace and it also overlooks the bustling Barkhor.

After breakfast; you will meet your guide in the hotel and he will lead you to visit one of the three most famous monasteries in Tibet; Drepung monastery, literally translated as “rice heap”, and founded in 1416 by a disciple of Tsongkhapa called Jamyang Choje, Once home to as many as 10.000 monks. Ganden Palace was established by the second Dalai Lama; the Palace was home to the Dalai Lamas until the fifth Dalai Lama built the world’s heritage of Potala. Finally you will visit Sera monastery, where you can watch monks debate Tibetan Buddhist philosophy in the debating courtyard.

Leave for your next destination by air or train.